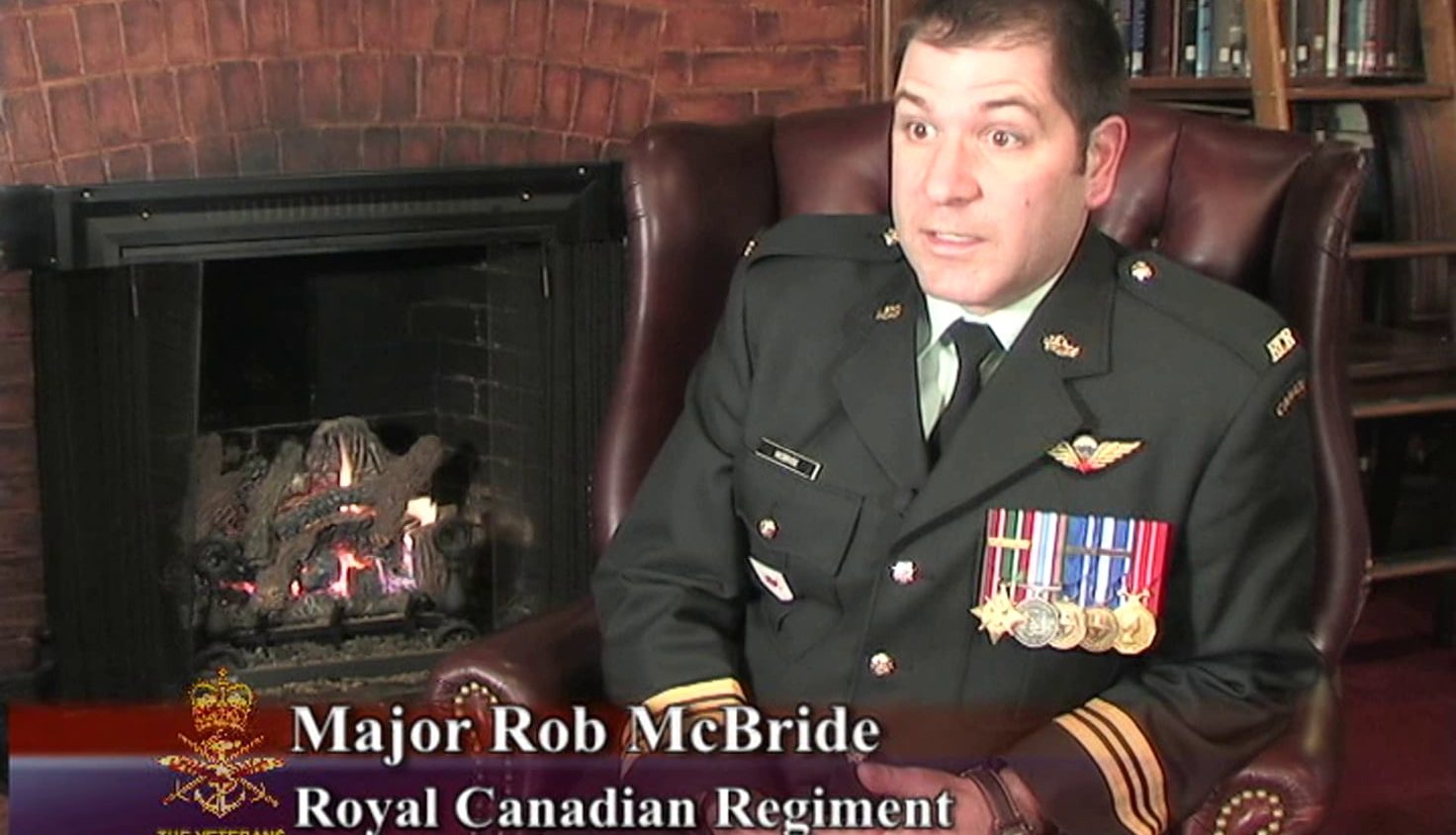 On October 7th, 2001 coalition forces began a campaign in Afghanistan called Operation Enduring Freedom in response to the 911 attack in the United States on the 11th of September 2001. Canadians joined the coalition force operating first in the Kabul area and later in Kandahar. The war in Afghanistan would change the way the Canadian Military approaches conflict in the future. This was no ordinary war, this was a war dealing with insurgents. This episode will examine the Afghan tour of Major Rob McBride of the Royal Canadian Regiment. During his tour his headquarters fell victim to an improvised explosive devise or an IED attack. Three of his people were killed and a number of other including himself were injured, some seriously. For people in his position over there, their tour would be an emotional roller-coaster as it heightened by feelings of accomplishment and then brought down by the deaths of fellow soldiers and innocent civilians. It is the way of the new war.