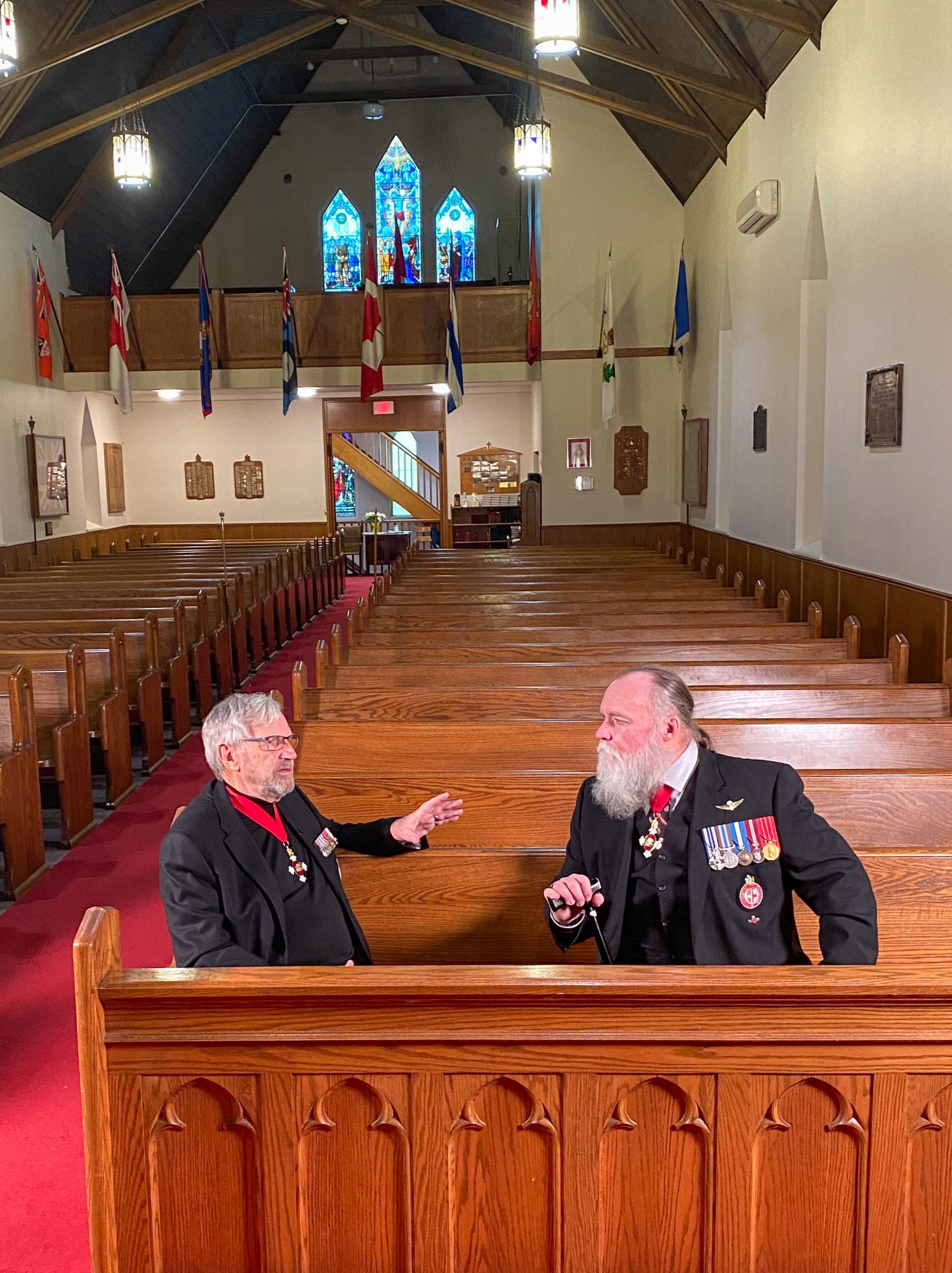 As I sat in Christ Church Cathedral in Niagara Falls Ontario this past Saturday January 18, 2020 with the newly inducted Grand Master Andrew Nellestyn KGCStG CD of the Order of St George, Canadian priory, I was honoured to learn of his preparation for attaining the highest position in a charitable Chivalric society that is 694 years old.

His past life as a Commanding Officer of 2 Service Battalion, his overseas contributions in Egypt that resulted in his recognition as a citizen of that nation by Anwar Sadat its President at the time as welI as many other experiences preparing him for ongoing service. I also learned of his focus on paying tribute to his soldiers with our own national RCEME museum in Kingston Ontario, his stellar work on creating, publishing and placing into the hands of our 158 fallen soldiers families from our recent 10 year combat mission, the monumental book ‘Afghanistan: A Canadian Story’. Inspiring is the best way I can describe this veterans contributions, service that will continue alongside the Knights and Dames of the Order of St George.

We had the honour of filming this historic investiture for the Veterans Channel, surrounded by Regimental Colours and tributes throughout this ancient church representing generations of those who’ve volunteered, served and secured our Freedoms. I was humbled not only by sharing time with this incredible leader, but also with the memorys of the Tomb of the Unknown Soldier who’s final resting place nearby we had just visited.

You see, in 1934 the remains of a soldier bearing 1916 military uniform, buttons and belt buckle showing his service with the localy recruited 19th Lincoln Regiment were discovered in the Whirlpool Gorge along the Niagara Rivers roaring waters that form the international border between Canada and America. We are proud to call this the worlds longest unprotected border, but the truth is that it hasnt always been that way. This natural travel route full of rescources would have been coveted and protected for millenia by our indigenous peoples, then as 30 waves of immigration to North America followed, too often the boundry line became the scene of political intrigue or outright open combat.

During WW1 this soldier would most certainly have been doing his duty as the World was at war either by patroling the river, or manning observation posts protecting his Nation.
Its hard to imagine improvised explosives used by our enemys along our borders at any time, but February 2 1915 in St Croix New Brunswick just 12 hours away from Niagara by train, a bomb placed by Verner Horn was intended to cause terror and stop allied traffic and support during WW1. The railway bridge he attempted to destroy was typical of the infrastructure our forces protected throughout any conflict.

The soldier we had just left at Fairview Cemetery, enroute to Christchurch is listed as an ‘Unknown’ and for too long almost ‘Forgotten’. I can assure everyone that the Order of St George, the Niagara Community and those who joined us in the Church soon for a powerful ancient ceremony alongside our viewers of the Veterans Channel, his Service will Never be Forgotten.

The Order of St George is devoted to recognizing and supporting all service and sacrifice by our Worlds Heroes, they fundraise to support our veterans, our Ranger Program and the Army, Air and Sea Cadets aamong many other key projects. This ‘unknown soldier’ who drowned in 1916 could be anyone, he could be from the community or from away, he could be indiginous or of any of the many cultures that have come to North America, he could be American or Canadian by birth, as many have done for generations the military drew not only volunteers from both sides of the border, but also from any age as many lied about their age to enlist. He could have been a youthful recruit far away from home, unfamiliar with his footing along the treacherous gorge, or as it was 1916 that he entered the water, its even possible that he was a returned soldier from France’s first two years of horrible war, returning to a quiet ‘peacetime role’ but saddly not surviving. We will Never Know for sure, who this almost forgotten soldier was.

However, thanks to the Chevalier’s, the Knights and Dames of the Order of St George, and its Grand Master Andrew Nellestyn at the helm, a sarcophagus fitting our greatest heroes, now encases and highlights a somber loss that will never be forgotten