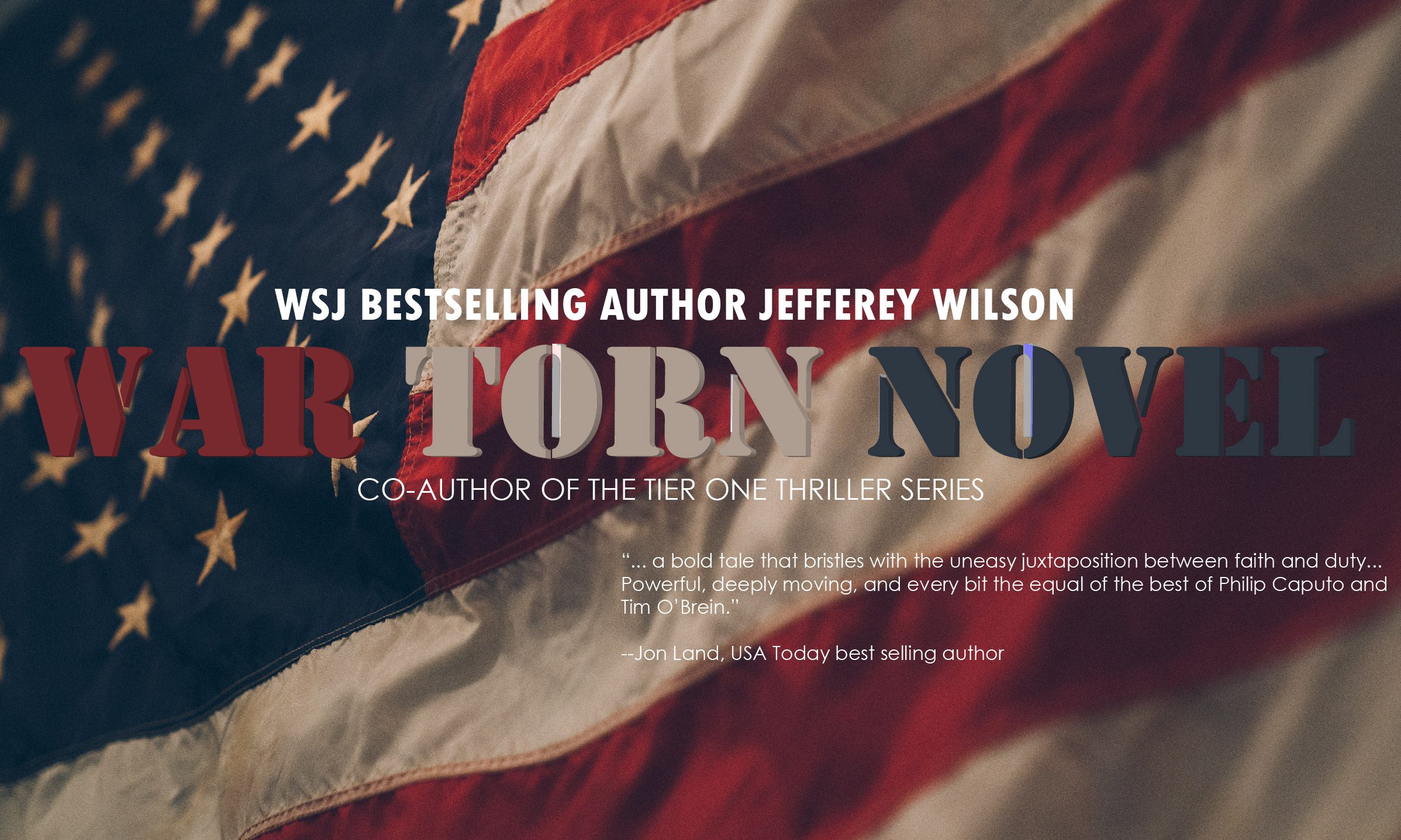 “Emotionally riveting, War Torn is an angst-riddled tale of combat in which the greatest battle of all is a man at war with his own soul. Powerful, deeply moving, and every bit the equal of the best of Philip Caputo and Tim O’Brien.”

“War Torn is an incredible read!  An inspiration for War Fighters struggling to come home from the fight and an eye opener for those who want to better understand the devastating effects of War. Written like one of Wilson’s bestselling military thrillers, but with an important message buried inside…”

“Jeff Wilson has written a remarkable story about love, friendship and the unmitigated power of faith…”

After losing his best friend and his faith during a tour in Afghanistan, Jake must turn to friends and family to recover from physical, emotional, and spiritual wounds.

Tampa, Florida/October 2018 – Jeffrey Wilson, co-author of the blockbuster Tier One series, explores where faith and war intersect in his new book, War Torn. Wilson draws on his experiences in war in Iraq and Afghanistan to bring readers on a heart wrenching journey of finding, losing, and struggling to recover faith in God.  Wilson has had massive success with the Tier One series and the Nick Foley series, both co-authored with Brian Andrews, and his solo works and is looking forward to bringing inspiration and hope to veterans and families with War Torn.

War Torn tells the story of a young couple, Jake and Rachel, and their journey through war. Jake is a patriotic soldier and loving husband, but has never fully understood the passion for church that his wife, Rachel, and his best friend, Cal, seem to share. But when Jake and Cal are deployed to Afghanistan, Jake depends on the quiet, powerful faith of his best friend and embraces, finally, a relationship with God. Despite the horrors he experiences in war and the pain of his separation from Rachel, Jake has found his way for the first time—until a crippling loss shakes his newfound faith to the core and makes him question where God is in his struggles, or if God even exists at all. Suffering from loss, Jake becomes a brutal soldier while at home Rachel has her own crisis of faith, looking for God in their loss and her fears for Jake. And when Jake returns home, she searches for her husband in the changed, angry man she is married to.

Can a loving wife’s faith carry a broken man through the most difficult challenge of his life? Can a committed pastor put his own struggles and doubts aside to help heal a wounded marriage? Like so many combat veterans, Jake must find his way back to his family even after returning from Afghanistan, and learn to find God in the fog of war that follows him home.

Navy veteran and Wall Street Journal and Amazon bestselling thriller author Jeffrey Wilson is a vascular surgeon who was completing his training when terrorists attacked America on 9/11. Already having served, Jeff immediately rejoined the active duty Navy and served as a combat surgeon with the Marines and then with an East Coast–based SEAL team and a Joint Special Operations Task Force, making multiple deployments. His experiences there—seeing things that cannot be unseen—sent him on his own journey exploring, and at times questioning, his faith, and are the inspiration for this novel. Jeff has also worked as an actor, a firefighter, a paramedic, a jet pilot, and a diving instructor. Jeff lives in Florida with his wife and their four children.

MENTAL CHANGE; FROM BULLETS TO BRUSHES